We are an immaculate yoga training institute, nothing more nor less than that. Our prime focus is to spread yoga exercising in the humanity. We are a registered institute under “Yoga Alliance International”, which is well known in the yoga sciences governance throughout the world. There are two distinctive training programs, 200 Hours and 500 hours training programs. The basis of our institute was built with the instructions of various famous personalities who have been in this field consistently for a long time. Under the guidance of various spiritual teachers, our institute is building new script for creating awesome encounters every day. Course is maintained with very high values without comprising on improvement of yoga for commercial benefits.
Throughout the course we make sure that the trainees feel home, we put in the such an extensive commitment and the needed support to make it conceivable. We arrange warm and amusing environment for yoga sessions which assists the students to get along with the faculty and colleagues effortlessly. The offered courses comprise of specialized and coordinated curriculum. The yoga branches that are mostly dealt are Shivananda yoga,Hatha yoga, Partner Yoga, Ashtanga yoga and many others. Apart from conventional Yoga, we also help with Meditation, Reiki and other healing courses. 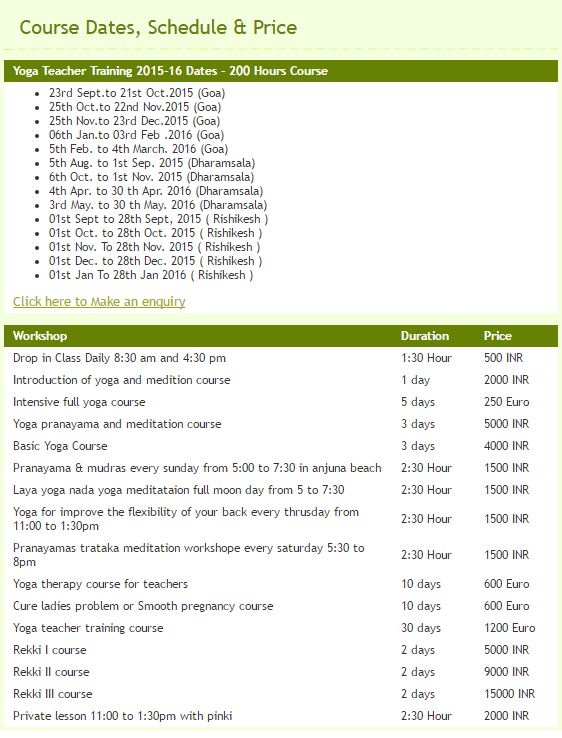 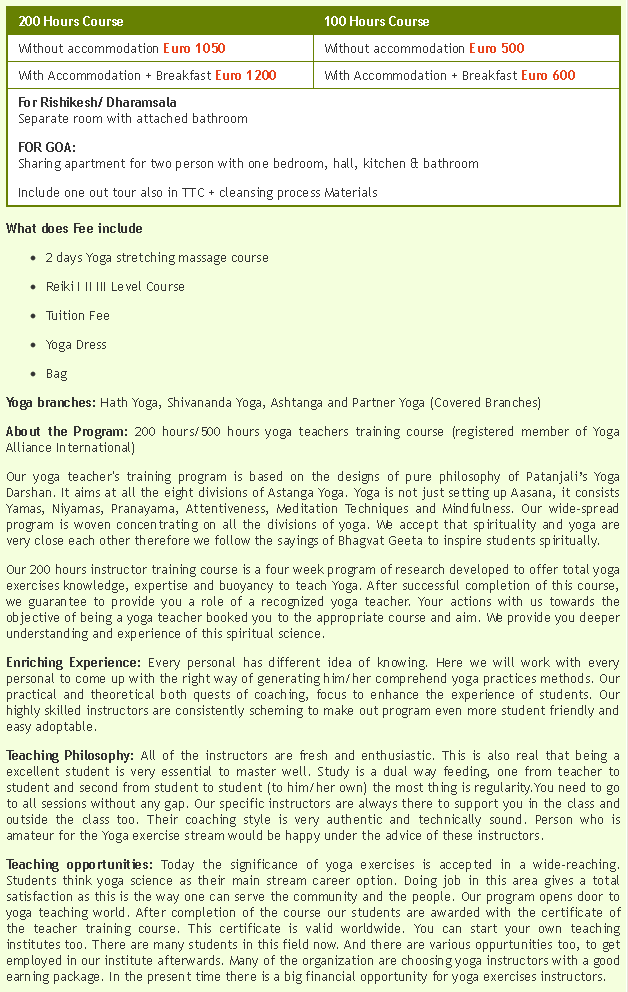 Pinki Ghanghas: Director and Founder of Maa Shakti Yoga centre and www.pinkiyoga.com. We know that yoga is the male prominent field. But leaving these things far way back our ethical teacher, Miss Pinki Ghanghas has made up her mark in this field. She is from the northern state of India. Since her childhood she was enthusiastic for spirituality and meditation.she studied yoga science from one of the oldest yoga institute from kaivalyadhama lonavala.   in India Their interest in this area has led her en path for yoga exercises research. She has completed her academics in yoga science only. She did Yoga Therapy course from Chandigarh Punjab University and M. Sc. in Yoga and Naturopathy from Vinayaka Mission University. She has been appreciated by various awards. She won gold medal at National yoga championship award. Her perfection lead her to be called an ideal and best yoga teacher.

Irina Koliada: At the outset Irina Koliada took a great interest in yoga in Ukraine. In spite of doing many kind of extreme sports she said that only practicing yoga could help her to calm down her overactive mind and become more concentrated and determined as well as gain real control of body and mind. To study and research a roots and styles of yoga she used to come regularly to India where practiced yoga with different teachers and schools in Reshikesh, Himalayas and South India.