YogaFaculty gives a relishing and enliven experience of learning and honing yoga. YogaFaculty is located in India, famously known as the mother land of yoga, in the three most wonderful locations. Yoga faculty centers are situated in Rishikesh, Dharmasala and Goa. Yoga coordinates us with the nature, to reveal the predominant wisdom in our own being. Each and every course at YogaFaculty Yoga Institute is organised considering the time and space taken by Nature in order to bring us in tune with the existence. You can experience a splendorous time here to know yourself while meandering in the shoreline or investigating the magnificent government protected habitat and jungle communities around.
YogaFaculty Yoga Institute additionally offers phenomenal prospects to yoga mentors. We offer a wide range of yoga educational programs for improving your yoga expertise and transform you into an expert yoga instructor. Mirroring the biodiversity which is characteristically predominant in the encompassing environment is an equally varied and interdisciplinary methodolgy to deal with yoga. This methodology exceptionally prescribes digging into the most profound basis of yogic inquest. Once your perceptions and learinings yoga are immovably grounded into your own experience, you will be left with solid establishment for learning and training yoga wherever your interest takes you for the entire duration of your life.

1.Rishikesh Center Fee is all inclusive single accommodation food and course fee..
2.Registration Fee 300/- US Dollars its part of Total Fee, Balance you need to pay at center
3.Course Registration fee: 300/- US Dollars (Non refundable.)
4.In Rishikesh center fee include everything like food breakfast all meals and accommodation
5.In Goa and Dharamsala we will provide you separate room with all meal ( Sat Sunday Off )
6.Course material and yoga books we will provide it at the start of teacher training

A daily teaching practice class is devoted to teaching you how to teach asanas and pranayama. A daily asana practice class gives you the opportunity to practice your own asanas and will help to build the good habit of practice. The daily in-depth practice with individual corrections comprises: 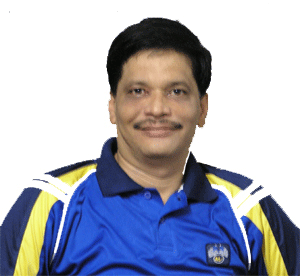 YogaFaculty is just not an academic institution, it possesses the core values of a true family. It is predominantly influenced by Swami Shail – a man of dedication. YogaFaculty has proved that a family will adopt its values and culture from the guardian who drives it.

The name Shail is a stockpile of yoga. He started his journey at an age as young as 16. His acute interest for Indian Yoga and other pious areas took him away from a common man perception and he had devoted himself to attain the perfection in Yoga.

He served and followed the Great masters of Yoga for a long tenure as long as 12 years of his life. His persistent dedication towards yoga, dragged him much closer to the spiritual gurus who possesed immense theories of “Yoga Darshan”. With the intense and thorough study of yoga, Shail has emerged himself as a gem of Yoga. He is nothing less than a self alchemist.

After this 20 years of his vigorous training under Yoga Masters he started his journey to Rishikesh and there he got into the pious company of great Yoga gurus and masters of Yoga. During this span he has learnt vastly about Vedic chanting, Upnishads, Sanskrit and ancient culture.

After attaining a thorough understanding of all yoga tactics and man oeuvres, Shail took up admission in Gujarat Vidhyapeeth. He completed his Diploma course for Yoga Instructor and Certification in Yogic Science Course from this institution. Being rewarded with these diplomas qualified him to cure few critical illnesses such as back pain, cervical spondylitis, diabetes, high blood pressure, obesity and stress problem. It was a great experience for him to cure these diseases through yoga and it gave him an immense satisfaction too. Shailmakes sure to attend all the Indian yoga programs to give lectures. He is a proficient teacher in Ashtanga yoga, Kundalini yoga, Hatha yoga, Shivananda yoga and Mantra yoga in various places like Bodhgaya, Dharamasala, Goa, Haridwar,Rishikesh,Udaipur, Varanasi, Varkala in Kerala and many other parts of India. He pursued an extensive study of our great heritage – the Vedas, Vedanta, the Upanishads and the Gita.

He imparted his knowledge of yoga to many people and blessed them. Shail has stepped up for a new journey in the field of yoga teaching after getting precision in his field. His horizon of teaching was not limited up to India but surpassed the boundaries of India. Shail involved himself in yoga teaching and other welfare activities with total dedication and fidelity. His learning is regular and more extensive and broad now-a-days. His simplicity makes him more amiable and great personality in the world of spirituality.